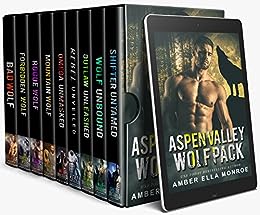 Shifter Untamed
Dane Justice Magnus fought for and won the position of Pack Alpha, but to legally inherit the land left by his late human mother, the shifter needs to marry a human. His plan is easier said than done, especially when not just any woman will do.

Wolf Unbound
A woman determined to save her tavern after the loss of her father and a sexy shifter outlaw who thinks he’s undeserving of a woman’s love makes for one smoking hot, action-packed paranormal romance story.

Outlaw Unleashed
A bad boy outlaw who will do what is necessary to protect and keep what he holds dear and a college student who is ready to ditch her drab dating life for something daring makes for a sizzling, paranormal romance adventure.

Rebel Unveiled
They say one way to a man’s heart is through his stomach, but personal chef Nina Moore won’t realize how true that is until the handsome tattooed stranger who helped her out of a bind returns to her home night after night to taste test her best creations.

Omega Unmasked
A lone shifter who has lost his family and a fun-loving scientist who is desperate to escape the monotonous lifestyle she once wanted equals one exciting tale of finding romance in unexpected places.

Mountain Wolf
Rough around the edges. A heart of gold. Only one woman can satisfy this mountain man. And when fate sends his intended mate right to his doorstep, he’s ready to give up all honor to claim her.

Rogue Wolf
A dominant rogue wolf meets his match in a wealthy but tempting pediatric nurse. What do they have in common? An attraction so invincible that nothing they do will extinguish the fire between them.

Forbidden Wolf
Andre’s waited years to be with Sonia Bentley. When she shows up in town all grown up looking for shelter from a storm, his mating urge is triggered. He doesn’t want to wait another minute to claim her. Second chances are never promised and his secret isn’t the only thing that might tear them apart.

Bad Wolf
Tania’s unimpressive list of misdemeanors isn’t exactly the type of thing she’d be proud to flaunt around–not if she ever wants a dutiful, loving husband and a family of her own. At least that’s what she thought before she found her equal–literally. She never knew that there was such a thing as true mates, but the hot-as-hades shifter who wants to claim her won’t take no for an answer. 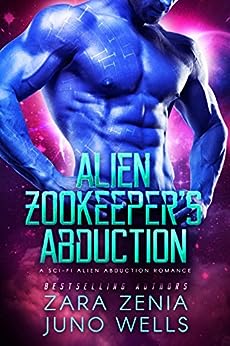 “You will have your place in my zoo. And in my heart.”

Jewel is a tomboy who was eventually discharged from the military because she struggled to get along with others and couldn’t adjust to the military’s restricted lifestyle.

After a scandal that disrupted the social order back home, Kay is banished to a zoological research vessel, where he acts as Curator. He struggles to prove himself, trying to earn his place in the order again so that he can end his exile and return to his normal life.

But when it turns out that Jewel was abducted from home and placed in an alien zoo, with Kay as the only other being around, she questions his intentions. He didn’t know that her species was an intelligent life form, and he tries to learn more about her.

She needs to learn to get along with her alien captor if she wants to enjoy her freedom outside of a cage. He said he would help her, and she believed him so much that she questioned her feelings for an alien.

But will Jewel get what she wants in her new life? What do Kay’s people really want to do to her and the rest of the humans on Earth? 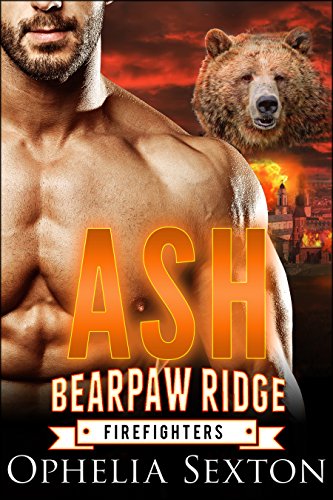 A bear shifter promises to protect what’s his.
Bear shifter Ash Swanson is at the top of his game. Thanks to the wildly successful gaming company he founded, he’s well on his way to becoming a multi-millionaire. In his free time, Ash serves as a volunteer firefighter for the tightly knit community of Bearpaw Ridge. Powerful and fearless, Ash’s daring rescues have saved dozens of people. As the town hero, he leads an almost-perfect life.

Only two things are missing.

Worse, after meeting his fated mate and beginning to plan a life with her, she disappears. When she returns just as suddenly as she left, he discovers she’s pregnant with his baby and on the run from her brutal clan. Ash vows to overcome any threat to protect her and their child.

Fated mates forced to part.
Beautiful, curvy Nika Medved fell in love with Ash Swanson at their first ShiftMatch-arranged date. He was everything she dreamed of—handsome, confident, kind. Most importantly, he was her fated mate. She didn’t care that he had never shifted.

Nika’s fairy-tale romance turns into a nightmare when her parents, ruthless Russian bears, discover that Ash can’t shift. Her mother, the clan matriarch, forbids her daughter to wed a defective shifter or pollute the family’s ancient grizzly bloodline. She vows to send her strongest enforcer to kill Ash and to force Nika to return to the clan.

When Nika finds she’s pregnant with Ash’s child, she quits medical school and goes into hiding. Cut off from her family’s money and with nowhere to turn, she returns to Bearpaw Ridge to face Ash.

Pregnant, alone, and in terrible danger, Nika bets her baby’s survival on the only man she can trust… 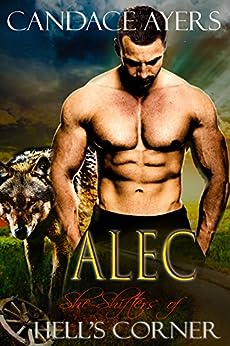 This is the first book in the She-Shifters of Hell’s Corner series. This series is a spin-off of the Bears of Burden series, although each book can be read as a standalone.

Carter Ray has vowed off men. She and her daughter, Jellybean, have found refuge in the mostly female-populated town of Helen’s Corner. She wants nothing to do with the visiting wolf shifter, despite his wickedly delicious scent that drives her bear into a frenzy.

The last thing Alec Patterson expected to find in the small southwestern town was his mate. Now, what’s he supposed to do with his fiancée?

NOTE: In the late 1800’s, on a homestead in New Mexico, a female shifter named Helen Cartwright was widowed under mysterious circumstances.
Helen knew there was power in the feminine bonds of sisterhood, and she provided an oasis for those like herself, female shifters who had been dealt the short end of the stick.
Like magic, women have flocked to the tiny town of Helen’s Corner ever since. Although, nowadays, some call the town by another name, Hell’s Crazy Corner.