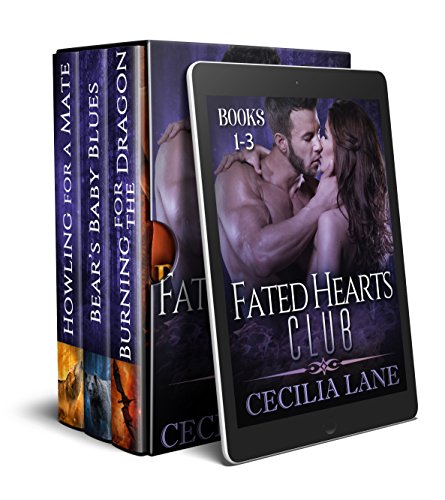 Just one trip to the Fated Hearts Club can change your life.

BOOK ONE: BURNING FOR THE DRAGON

Has fate given them everything only to cheat them of their happy ending?

A reluctant ruler…
When his brother is killed by a dragonslayer, Luca de Rege becomes the unexpected heir to the Dragon Throne. Used to answering only to himself, he’s now responsible for finding a mate and ensuring that the rapidly-dwindling dragon shifter population doesn’t go extinct. He doesn’t have high hopes for his visit to the Fated Hearts Club… until he spots the curvy temptation sitting at the bar.

A woman alone…
After a shattering betrayal, Penelope Minett has given up on love. Though a friend talks her into attending an event at the Fated Hearts Club, she’s resigned to a life of solitude. The last thing she expects is for an impossibly sexy, irresistibly charming billionaire to sweep her off her feet.

A desperate attack…
Just as her defenses start to melt in response to his fiery desire, a threat from Luca’s past takes aim at the throne by targeting Penelope. He’ll stop at nothing to rescue her and claim his mate — but will he be in time to stop a cruel, relentless enemy from destroying their future?

How does a bad-boy billionaire bear woo a woman who’s been burned one time too many?

Playboy billionaire and bear shifter Carson Medved is a frequent visitor to the Fated Hearts Club, but he’s not looking for a mate. He’s got a reputation for loving and losing a regular stream of female companions. However, with his sister getting married and her new in-laws unhappy about his exploits, Carson needs to cool things down in the public eye.

Curvy blonde Alison Ann Gibbs is a marketing and PR specialist who’s left behind a life shattered by a man’s lies and deceptions. She’s drawn to Carson when she meets him at the Fated Hearts Club, but is wary of trusting again. Then Carson hires her to help manage his public image, and the attraction between them grows ever stronger.

Carson can no longer deny what he knows is true: Alison is his mate. She’s still fighting her feelings, because his past won’t stop intruding. The final straw comes when someone leaves a baby boy on his doorstep, with a note saying the child is his son. Can Carson overcome Alison’s doubts and prove to her that he’s worthy of her trust?

BOOK THREE: HOWLING FOR A MATE

Fate brought them together… but will his need for vengeance destroy her?

On the trail of the men who murdered his family, wolf shifter Ryder Morse finds himself scoping out the Fated Hearts Club for the man that ordered the hit. Ryder hates everything about the place, from the money in everyone’s pockets to the monkey suits they all wear. The last thing he expects is a distraction in the form of a sassy woman with a scent that calls to his inner beast.

Vera Hunt has never been drawn to the shifters of the Fated Hearts Club in the way that Ryder tempts her. She experiences enough of their high society lifestyle as a party planner and craves some blistering excitement. The wolf shifter is rippled with muscle and dripping with brooding mystery, but she’s become an unwilling pawn in his quest for revenge.

When Vera is placed on a hit list, it’s up to Ryder to protect her. Despite the risks, Ryder and his wolf can’t resist getting closer to the curvy beauty they both want to claim as their mate. Can he set aside his dangerous mission for a chance at happiness or will darkness consume them both?

This is a boxed set of standalone stories in the Fated Hearts Club world. Expect sexy, shape shifting heroes and curvy beauties, with a dash of complications along the way. 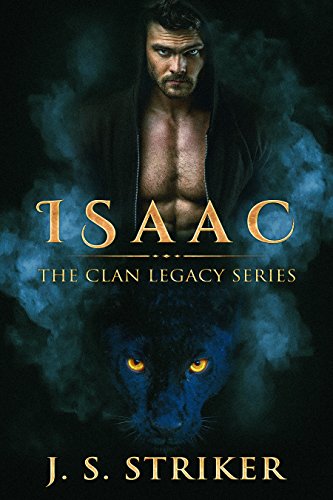 Isaac is an addicting and intense addition to The Clan Legacy Series.J. S. Striker weaves her highly crafted characters through this magical world leaving a brilliant trail for more to come. A standalone story taking place in the same world as her previous stories, Isaac has rave reviews from her eager readers and will be sure to satisfy anyone looking for adventures through portals, gorgeous shifters, fairies, and for an intensely satisfying romance.

Ever since he’s been cursed ten years ago and unable to get out of his own clan borders, Isaac Hart has made it his policy never to deal with fairies again–that is, until one suddenly shows up and demands to speak with him.

She’s also the daughter of his curser.

She offers him a mission, and it’s pure madness to go. But what other choice does he have when it’s also the chance for his freedom? Amidst very different worlds and an intense heat growing between them, their fates intertwine–and Isaac must decide if it’s one he wants or one he must take to the grave.

Roxie K’Lashtama has a lot of game-playing to do, and the biggest one yet involves a very arrogant, very powerful panther clan leader. Isaac is unlike any man she’s ever met.

He’s also the only one who can help her rescue her mother.

It’s supposed to be easy, really–convince him his curse will be lifted, and all will be well. But Roxie has a secret, and as the journey goes on, Roxie must decide whether she has to fight for her secret–or fight for the intense feelings that she has for the man she’s not supposed to have them for. 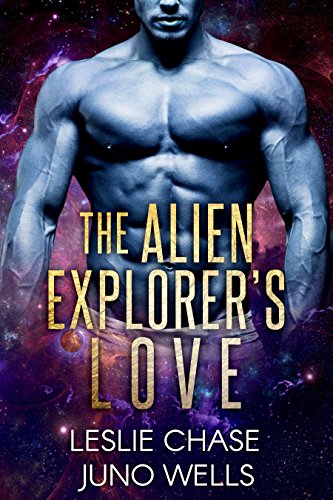 New York, 1901. Not an easy place and time for aliens to blend in. But who believes in aliens anyway, right?

For Jaranak, the visit to Earth at the dawn of the 20th century isn’t going well. Here to rescue another shipwrecked alien, he and his crew crashed – and now they’re trapped themselves. Blending in won’t be easy with their blue skin, but they have no choice if they’re going to complete their mission.

He might have gotten away with his disguise if he hadn’t met Lilly. The human female may be lovely but her annoying questions are far too clever, and she won’t leave him alone. Worst of all, Jaranak isn’t sure he wants her to. There’s something about the sassy woman that draws him in irresistibly.

All her life Lilly dreamed of following in her parents’ footsteps and exploring the South Seas, but a childhood illness left her unable to do more than read about it. When Jaranak turns up pretending to be from an undiscovered island, she knows that the tall, gorgeous man is lying. But finding out where he’s really from will give her more than she’s bargained for.

Lilly isn’t the only human interested in Jaranak’s secrets, and the others are far more dangerous. When they come after him and his ship, can he keep Lilly out of the line of fire without losing her forever?

The Alien Explorer’s Love is a standalone science fiction romance. No cheating, no cliffhanger, and a happy ever after! 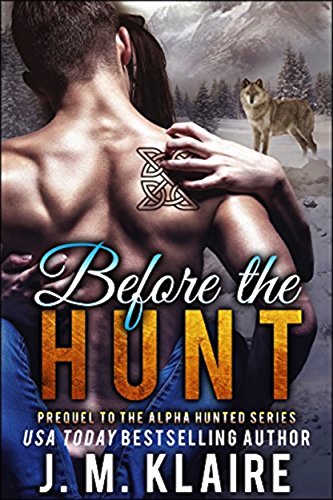 When a wolf shifter with commitment issues teams up with a runaway bride to find her a new groom- the claws come out and the fur flies!

Meet Sandra, a runaway bride looking to provide for her widowed mother, and Naythan, a wolf shifter determined never to settle down. When their paths cross, they agree to help each other out. He’ll help her find a husband and tie the knot if she’ll help him avoid an ex set on roping him into a similar fate.

They seal the deal over the objections of his wolf, who’s already scented her as his and has no interest in seeing her mated to anyone else.