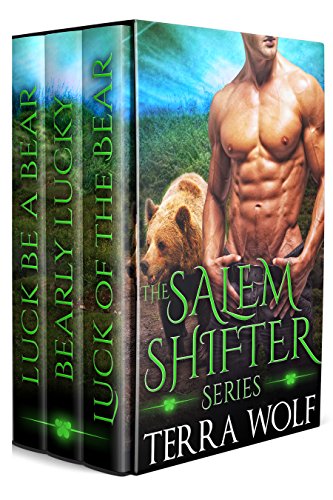 Nine months ago, Paige Matthews’ boyfriend disappeared and it shook her to her core. When the opportunity to live with her aging grandmother in Salem arises, she decides it’s time to get on with her life. A new home, new job, and new friends are adding up to a beautiful summer…

…until a young girl’s body shows up one night in town, wearing a pentagram necklace exactly like Paige’s.

Ultan is a bear shifter in an elite Irish clan. He’s a protector, looking out for the weak just as his ancestors have. But when his new assignment is a beauty whose life is threatened, he struggles to separate business and pleasure. He has to have her, but how can he when she doesn’t even know he exists? 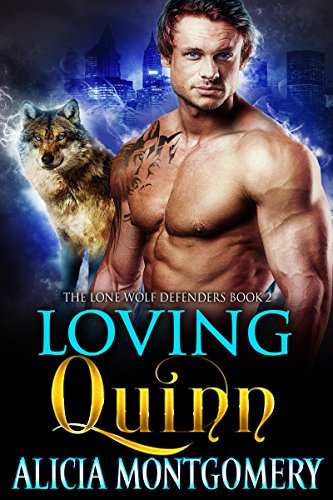 Fun-loving wolf shifter Quinn could have any woman he wants. Any woman, except sassy and curvy almost-witch Selena, who seems resistant to his charms. He denies his attraction her, but his wolf craves her attention.

Selena knows Quinn is trouble. He’s too handsome, too sexy, and way above her league. Pursuing anything with Quinn could only lead to heartbreak, yet he seems determined to break down her walls.

When Quinn’s past comes back to haunt him, it puts Selena in the line of fire and he’ll do anything to protect her. However, Selena has problems of her own and she finds herself having to choose between the life she’s always dreamed of or bet her heart on commitment-phobic Quinn. Staying together only means danger and pain, but can they really resist the attraction between them, which could end up imploding both their lives?

If you LOVE reformed playboy/virgin paranormal shifter romances, then READ this book! 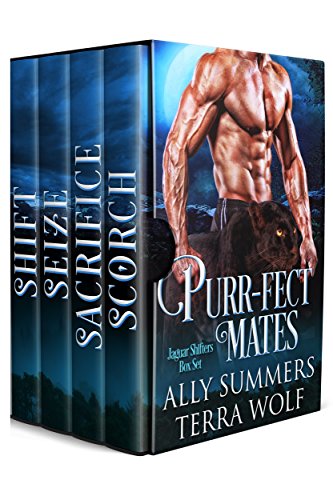 The Tribe Series together in one furry package. Grab a blanket and curl up with your new favorite big cats.

Drew Maddox has to find his fated mate.

Drew Maddox has been given orders by the king of the jaguar tribe. It’s time to start building the Maddox empire. There is only one name on his list, a woman betrothed to him at birth. It’s time to find her.

Francesca March has no idea about her heritage or where she came from. Adopted by humans, she has lived a lonely existence as the only she-panther she knows. Long ago she gave up on happy endings, heroes, and trust. She’s never let anyone get close enough to learn her secret. That is until she meets a stranger on the side of the road.

Drew knows time is running out. He has to convince Francesca to marry him in less than five days. But with his own secrets haunting him he struggles with how much to tell her without losing her.

Can Francesca face the reality of what it truly means to be a she-panther, or will Drew keep her in the dark to fulfill his duty?

Sparks fly. The sheets burn down. And every time they touch a flame ignites. Will fate keep them together, or tear them apart?

The chase is on.

Josh Bauer expects his mate to be excited to see him, but when he shows up in her small town, she slams the door in his face.

Tessa Cunningham has been an independent she-panther, running her own business and taking care of her mother. The last thing she wants is to let go of the control she has over her life.

The more Josh chases her, the more she resists his sexy charm.

Josh has an obligation to fulfill, but he learns that being a mate is worth sacrificing everything—even if that means losing Tessa.

Sometimes you have to take what you want.

Donovan may come from a royal line of jaguar shifters, but he’s serving another king now. His mission is to uncover the plot for a shifter war. He never imagined guarding his tribe’s territory would put him in the path of she-panther, Caroline Addison.

Caroline knows she only has a few weeks until her fated mate surfaces, so she takes a last minute vacation to escape. Only, she never knew she would find the one man she’d always been looking for.

When Donovan and Caroline decide nothing can keep them apart, not even a shifter war, they realize there is a cost. And the price may be too high to pay.

Loyalties are tested, a war is upon them, and love knows no bounds.

But the shifter war keeps brewing.

Can he save his Tribe, and the woman he loves?

Cadence is trying to find her place as a human in a world of shifters and as the mate of the jaguar king, but she’s struggling. One night her world comes crashing down around her and she has to decide if she can even go on.

Captured and held hostage. The only way for Cadence to survive may be to pledge herself to Case’s ultimate rival.

But Cadence has a secret that may be the key to her survival. 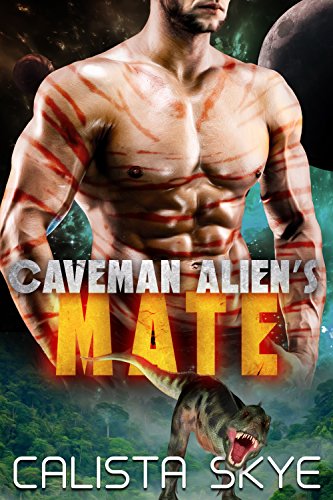 She’s small, round and soft. And so alluring my loins swell by the sight of her. Surely she was sent by the Ancestors to be my Mate.

The tribe will rejoice when they see her.

He’s a seven feet tall caveman with muscles the size of tree trunks, fangs like a tiger and a smouldering fire in his eyes. He makes my knees buckle just by looking at me.

And he’s saved me from deadly dinosaurs about twenty times.

If he could get me a steaming mug of latte on this crazy alien planet, he’d be perfect.

Almost. Because I really want to go home. But he thinks I’m his Mate, and he’s taking me to his cave.

Caveman Alien’s Mate is the second of the Caveman Alien series of science fiction romance novels. The books are standalone, but should be read in order for maximum enjoyment.

Full-length romance novel with no cliffhangers and a happy-ever-after ending!