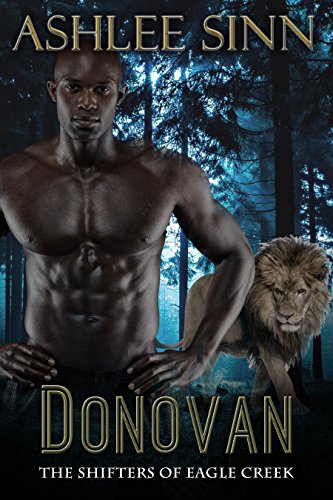 Donovan Bain is haunted by his past.

One of the few remaining lion shifters, he’s struggled with his ability to fit in. Long runs, solitary hunts, and no female companionship has been his way of life since escaping the cages of his childhood. When he finally settled in Eagle Creek, Alaska, he never thought he’d call this place home. After all, a home meant family and friends and mates—something Donovan never realized he needed. Until he met Mariah.
Mariah Stillwater just wanted a new life. Tired of her coyote pack and dealing with her alpha father, Mariah fled in search of her independence. A failed attempt at college sent her away from the big city and had her questioning her worth. And camping out in the woods near a group of misfit shifters, lusting after a particularly sexy lion, isn’t helping her confidence. Donovan doesn’t know who she is. Why would he ever remember a lonely coyote he met one day several months ago?
The time for anonymity has come to end. Registration requirements for all shifters have become stricter and the camp at Eagle Creek is a perfect target for the new government agency responsible for the process. Donovan, Mariah, and the rest of the group must decide if it’s worth the fight, knowing their easy-going life will change forever. With Mariah by his side, Donovan is ready to face the challenge. But it won’t be an easy road, as every shifter in the camp must question their future…especially Mariah and Donovan. 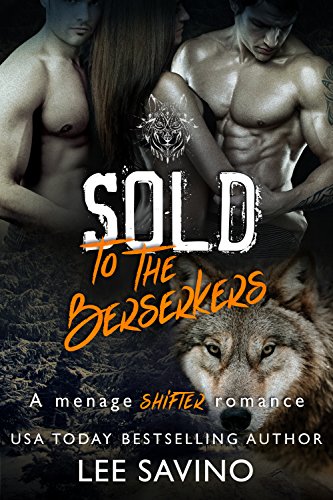 I'll never forget the first time I saw them, warriors moving like shadows from the trees. Their eyes seemed to glow with a fierce golden light, moving more like beasts than men. I trembled, every hair on my flesh prickled in the age old response of the hunted. They were predators and I was prey.

They entered the clearing and brought with them the smell of blood. Clad in furs and leather, bristling with weapons, they were warriors the likes of which I'd never seen. Huge, hulking forms, dark shapes pricked with those glowing pairs of eyes.
I could not face them properly, for I was bound to a tree, in the middle of a wilderness, helpless as I waited to be sold to the Berserkers.
When Brenna's father sells her to a band of passing warriors, her only thought is to survive. She doesn't expect to be claimed by the two fearsome warriors who lead the Berserker clan. Kept in captivity, she is coddled and cared for, treated more like a savior than a slave. Can captivity lead to love? And when she discovers the truth behind the myth of the fearsome warriors, can she accept her place as the Berserkers' true mate? 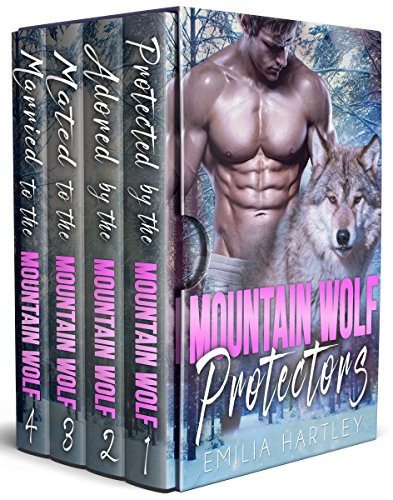 The Mountain Wolf Protectors Box Set is complete with all the drama, romance and suspense your heart desires. By the time you reach the end you'll be begging for more! This is one series you do NOT want to miss!

What are you waiting for? Jump right into the adorable story of Nova and Amara now! 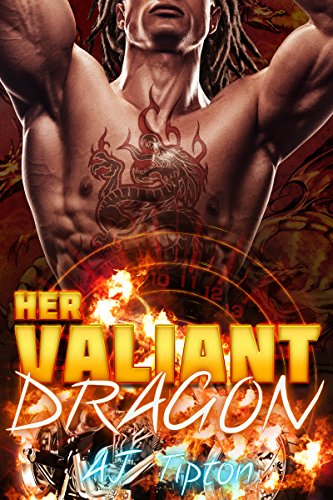 She’s on the run. He’s looking for more. Together, they’ll heal the world… and each other.

Sexy dragon shifter Dylan Masters has lost all faith in his leaders. He goes against the Dragon Council to join the Iron Claws, a clan of motorcycle-driving outcasts. He risks everything to help those in need — dragon and human alike.

Marie serves as a go-between for the Iron Claws and the humans who need their help. The curvaceous Latina keeps her guard up to shield her shadowy past, but Dylan’s arrival arouses a different kind of defense.

Is their passion possible or will a world at war cut their happiness short?

Her Valiant Dragon is an adult paranormal romance novella. If you like red-hot passion, heart-pumping drama, and satisfying love stories, then you’ll love the first installment of AJ Tipton’s sizzling Her Biker Dragon series. 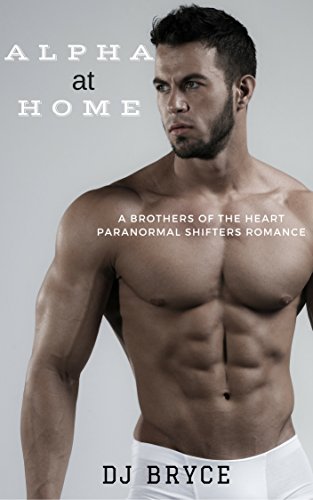 Although they've kept each other at arms length, you can't escape fate. When it becomes clear that Gilly is Max's mate, and not Mateo's, they will all have to come to terms with the way this will impact, not just their lives, but the pack's future.