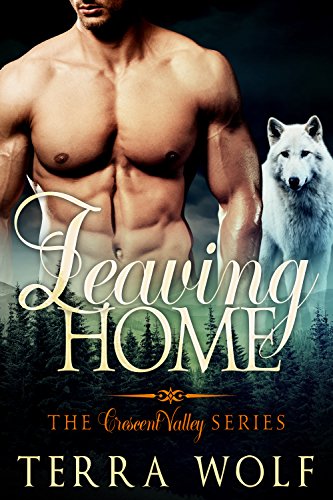 Trapped by a curse that a has her confined to the tiny magical town of Crescent Valley, she’s forced to face her worst fears. Deep secrets and hidden agendas are making her little “vacation” even worse. But when she meets Cannon, the hot manager of the Windego Winery, all bets are off. Maybe she can have a little fun.

When Nova arrives Cannon is struck with two thoughts, one she is the most beautiful woman he’s ever seen, and two she is here to take his job. But his mama always told him to keep his friends close and enemies closer, so he takes her out for a night on the town. He realizes too quickly that he can’t be her enemy, with those sultry lips and feisty attitude. He has to have her, protect her from the one person she never expects to want to tear her down, her own brother.

Nova and Cannon are thrown into the middle of a family feud like no other. Because when wolves fight, they go for the kill. 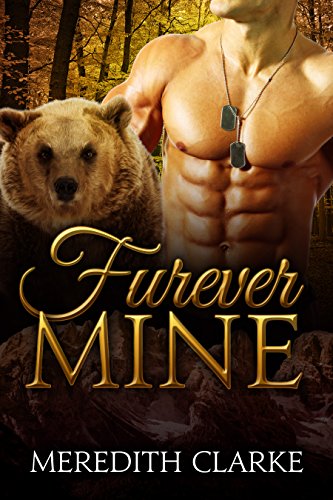 His anger is bubbling under the surface and his bear threatens to break free at any moment. Once his Alpha marries his true mate, Cash’s bear becomes even more difficult to manage no matter how much liquor he drinks or how many women he sleeps with. When he attacks another member of their clan, Kurt orders him to go to Bear Ridge Resort and return with his own true mate or not return at all.

Lani Conway is looking for a place to escape. After another failed relationship Lani sees an ad for a bartender at an upscale resort and she decides this is her way out. Once she lands her job, she finally feels like she is able to start over.

When Cash sits down at Lani’s bar at Bear Ridge Resort their whole world changes. The only problem is that employees of the resort must abide by a strict rule to not fraternize with any of the resort guests, and Lani’s overbearing boss will stop at nothing to make sure she and Cash never find their happily ever after. 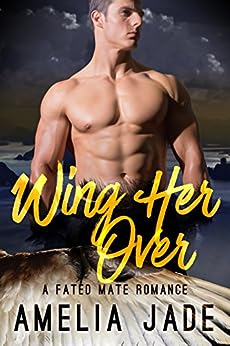 Andrew Raskell had life just the way he wanted it. As a gryphon shifter and ambassador from his homeland of Cadia to the small human town of Cloud Lake, life is peaceful and uneventful. Mostly. But when he comes upon a wolf shifter trying to harm a human woman, his intervention changes everything. He never thought he’d see the short, blonde haired woman again, but a second chance meeting proved to him that it must be fate. Now, if he could only show her that he was right for her.

Karri Blaine had everything figured out. From a young age she’d driven herself harder than anyone else in the quest to take over her shifter-hating father’s company. The only problem? He wants to give it to her immature younger brother instead. All it will take is one slip up on Karri’s part and her father will have the reason he needs to strip her of her role within the company. Karri knows that she shouldn’t invite the shifter into her life. Not after what happened to her family two years before. This could be the opening her father needs, but she’s blinded by the sexiest, strongest man she’s ever met.

Her father isn’t the only problem that Karri needs to worry about. Andrew has unknowingly dragged her into the crosshairs of those who are gunning for his job, and they’ll stop at nothing to get there. Andrew is playing for keeps though, and he’ll do whatever it takes to win her heart, no matter the cost to him… 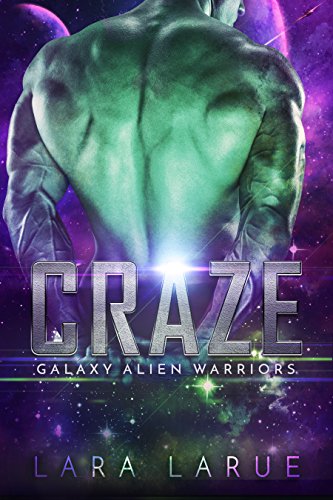 When Misty is abducted from Earth by terrifying beastly looking aliens, she’s ready to fight for her life. But when the spaceship crash lands on an alien planet, and she’s rescued by Craze, a sexy alien warrior prince, she doesn’t know what to think.

When Craze rescues her, he doesn’t expect to find his fated mate Misty, with her lush curves and tempting body. Now all he can think about is claiming all of her…soul, heart, and body…for his very own. And he will stop at nothing to claim her.

Craze demands the right to take her under his protection. But all Misty wants is a way to get back to earth and the life she was taken from. And there is no way in hell that she’d fall for the sexy, overbearing alien warrior prince, who is determined to make her his own… 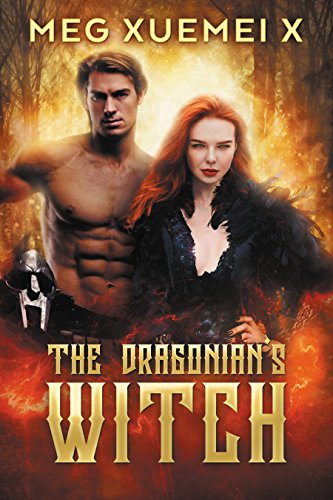 He abducts me to find his fated mate, unaware that I am she.

I am Freyja, the First Witch. I was born with a cruel curse: anyone I touch with my bare skin will die an agonizing death. That is, until a formidable, drop-dead gorgeous Dragonian prince invades my forest home.

The prince’s lust burns hot and bright for me, yet he resists, wanting his destined witch more. The oracle promises the witch will be his true queen and bring him the greatest kingdom on Earth. Knowing he’s the only man who can touch me, I crave his scorching caress. But I’ve sworn never to reveal that I am the witch. Not until he chooses me above her.

When the mating frenzy drives both of us to the brink of insanity, someone has to give, but it won’t be me. 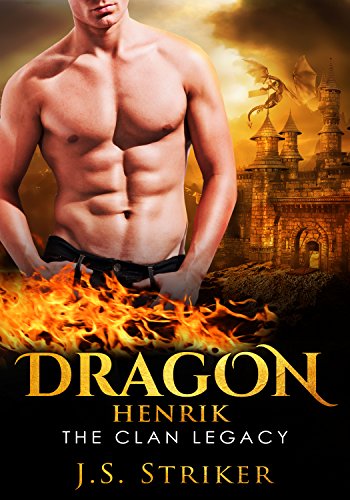 Red Denver couldn’t remember anything—not that she was a witch with powers, not that she was wanted, and not that she was on the run for years. Certainly not that she’d murdered the supposed love of her life in cold blood. Now she was a captive in the hands of powerful, “good” shifters who would stop at nothing to find out the truth. But all bets are off when a couple of them try to kill her. On the run, Red must face the heartbreak of her own memories—while protected by the man who was perhaps the most dangerous shifter of them all.

Henrik Mikhailov finally found the woman he’d been searching for so many years—the witch who’d mated with his best friend Malik and killed him without thought. It was a betrayal like no other, and now he could have his revenge. But things go south when someone tries to kill her first—and now, Henrik is questioning the truth. With witches and shifters and a terrible evil on their tail, they are now running and fighting for their lives…and feelings that should never, ever come to fruition. 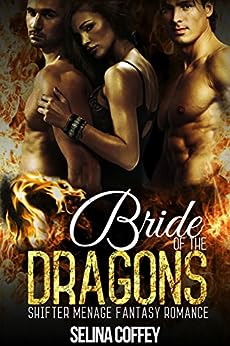 Elokon and Siron have yet to find a mate.

Elokon became the alpha of his tribe three months ago, and since then, the human towns nearby have sent a dozen women in tribute, and even the women of nearby dragon tribes have sought them out. Elokon’s tribe is powerful and any dragon would be pleased to bear a child of his bloodline.But neither he nor Siron has seen a single woman that awakens the mating instinct. At long last, the High Dragon has passed down an edict: find a mate, or Elokon will be stripped of his power and banished. There is no place in the Dragonlands for an alpha who will not carry on the old bloodlines.As the third daughter of an impoverished Earl, Adelina has no dowry and no prospects.

Desperate not to become a priestess, she makes a plan: when the High Dragon’s court comes for their historic meeting with the human king, she will be so alluring that she can steal the heart of one of the richest noblemen at court. She has worked late into the night, sewing herself a dress that will catch anyone’s eye.

During the festivities, she knows she can tempt someone into an indiscretion…

But much to her shock, that someone isn’t human. Furthermore, it’s not one someone, but two. And now that they’ve found their mate, Elokon and Siron aren’t planning to let her go.

Check Out This Special Pre-Release Preview! 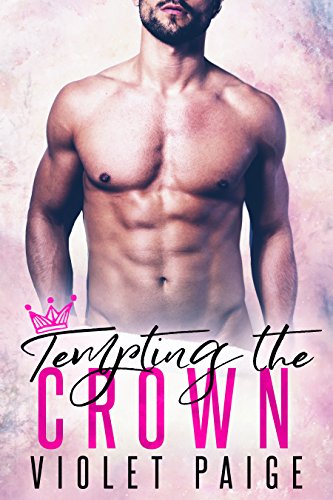 Temptation is king. And so am I.

As an ex Royal Navy Captain, I should be prepared for anything.

And I am, for anything but her.

The instant I see Molly on The Titan’s elite auction stage, I know I have to be the highest bidder.

No price is too high, hell I have more money than God.

But, she’s everything I’m not. Sweet, innocent, pure.

It’ll only take one night with her lips wrapped around my king-size c-ck to convince her she’s under my command.

But one night with Molly isn’t enough. I want her to be mine forever.

Screw chivalry. Screw centuries of royal law. I’m the King, I always get what I want.

And I want her.

But is she willing to give up her normal life to share the king’s bed?

Nobility demands it. I demand it.

It’s time Molly learns to come when her ruler calls.

Only having her could cost me everything I’ve ever known. Even the crown.