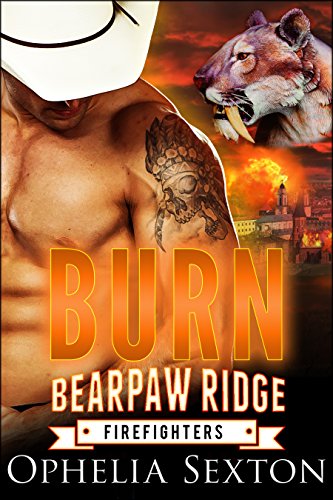 Bear shifter Elle Swanson’s no stranger to heartbreak. She’s been widowed for many years. A second chance at romance? She’s not holding her breath. But at the most unexpected moment, love comes walking in. At a family wedding, she’s swept into the arms of tall cowboy Justin Long. Between his smoldering good looks and seductive caresses, she’s falling hard. Except for one big problem.

Justin’s a sabertooth shifter. Elle knows they’re pure trouble. Sabertooths have threatened her family in the past, and she can’t risk their safety, no matter how much Justin sets her senses ablaze.

A second chance at love…

After losing his mate in a tragic accident a decade ago, Justin believed he’d lost his one shot at happiness. But when he glimpses the lovely woman at his daughter’s wedding, he can’t believe his eyes. Could this be another chance at love?

Elle’s beautiful, strong, mature, and sexy—everything he craves in a mate. He knows she’s wary of sabertooth shifters, but vows to court her and claim her.

But just when he thinks he’s won her heart, his past—and vicious sabertooth politics—catch up with him. Suddenly, Justin finds himself fighting not only for his life, but for the future of his kind. Can Justin defeat the sabertooth threat or will his and Elle’s happily-ever-after come to a swift and violent end? 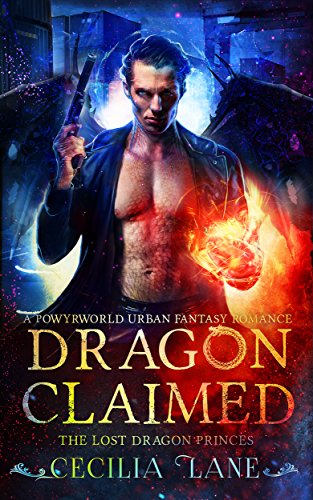 A fire-breathing mob Boss. A court spy with memory loss. A jealous enemy waiting for the right time to destroy them both…

After the devastating loss of his mate and the surprise revelation of his dragon shifter Powyr, Eoghan Gilchrist sets himself to consolidating his power as head of a Shadow Mob family. The death of a capo brings to head a brewing territory war with neighboring Shadow Yakuza.

Itching for the coming fight, the last thing Eoghan expects to distract him is his missing mate’s sudden reappearance.

Annika Leeds has spent the last year questioning her sanity. Her memories begin when she woke up in a homeless shelter knowing nothing except her name. Desperate when no one believes her dreams of being a dragon shifter are real, she makes her way to a wytch rumored to be able to help.

Instead, Annika finds herself recognized by a man claiming to be her mate.

Annika, unable to resist Eoghan’s numerous temptations, soon finds herself at the center of jealousy, betrayal, and war. As her memories return, both Annika and Eoghan are left with more questions than answers.

Can Eoghan and Annika navigate the fallout of a discovered double life before their enemies strike a final blow? 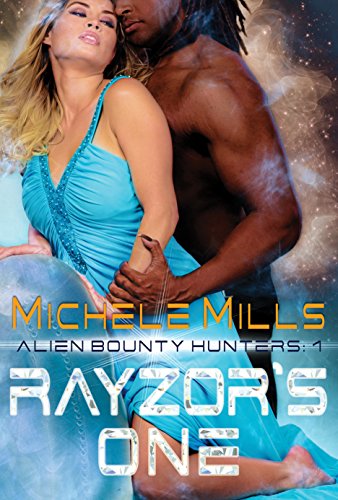 Rayzor of Twelve, a lonely Bounty Hunter banished from his home world, is determined to follow his mission parameters: He must extract his target from a primitive planet called Earth with zero human casualties.

His plan unfolds with precision, until a human female gets in the way.

Rebecca doesn’t understand what the hell is happening. One moment she’s scared and alone in the spooky forest. Then a seven foot tall alien warrior is gazing at her with dark passion, his clawed hands touching her reverently. He’s kissing her, claiming her and saying, his voice hoarse with emotion—that she is his Bride.

This stranger is swoon-worthy, but…She doesn’t know his name, or what species he is and he’s kidnapped her, thrown her on his goddamn spaceship and now she’s speeding away from Earth to parts unknown. And he expects her to fall into his arms? 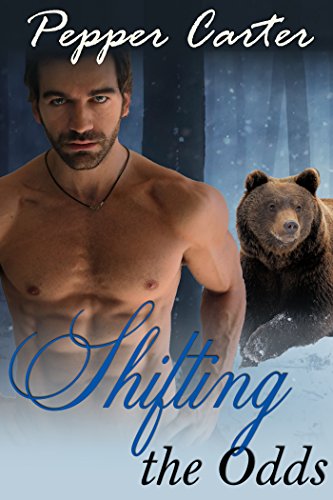 The odds were against him, but his heart was a sure bet.

Devin Monroe’s life changed the moment he made that bet. A werebear that never stopped challenging his luck. To save his own neck, Devin had to work off his debt for the Carcetti mob. Whatever job assigned to him, he was to complete without question. What he questioned to himself were the feelings he had for Julia Fontaine, a curvy bombshell that caught his eye.

Lex Savage was hot on his Devin’s tail, the local detective and member of the Savage clan. A group of fierce dragons pushed out of Buffalo by the Carcetti’s. Revenge fueled his desire to take down the mob and anyone in his way.

Julia Fontaine, Lex’s girlfriend and manager at the biggest bank in town found herself in between two strong shifters. A bear and a dragon. Two different and strong-minded men were in a battle for her love. She would find herself in one of their arms quicker than expected, leaving the other on a disastrous path that would threaten everything they loved.