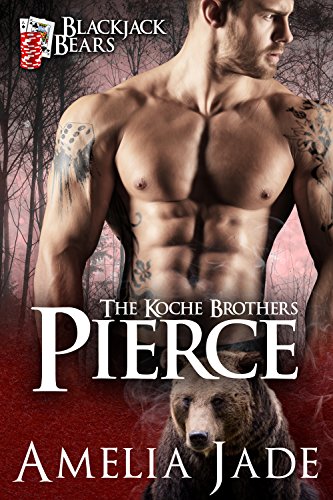 Pierce Koche wasn’t sure where his future led. There didn’t seem many options open to him. After all, he was one of the Koche Brothers, the infamous Blackjack Bears. As the youngest of five, he often found himself dragged along with them wherever they went. The latest place he’s ended up is in shifter jail. Resigned to live out his days behind bars, he’s caught off guard when a group of humans breaks them out. But that’s all Pierce can remember. The next thing he knows, he’s waking up in a forest to see her hovering over him, her lovely brown eyes filled with worry.

Mila Chaire isn’t happy with her life. The company she works for has become something she resents. The jobs she’s being assigned lately have moved further and further into the gray area of what’s legal and what’s not. So she’s taken to renting cabins on the outskirts of her hometown of Longhorne to get away from the stress of it all. On a morning jog she comes across a limp form that will change her life forever. But only if she can convince him not to kill her the instant he wakes up…

The animal in Pierce doesn’t want to follow her into the city; it’s too oppressive and lacking the gentle touch of nature. The man in Pierce doesn’t want to admit his weakness in front of a beautiful woman. But the brother in him will do anything to find his family and bring them back together. A shocking revelation will test his devotion to Mila, but strained as their emotions might be, he knows she’s not just his only hope, but also the only woman he’s ever loved.

This is a standalone shifter novel with a HEA and no cliffhanger. 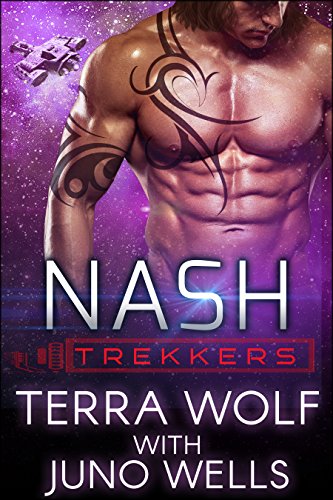 A Trekker always completes his mission.

Since Nash joined the Galatic Alliance as a Trekker his life has purpose. His latest mission? Retrieve a microchip with sensitive information on it.

Only, there’s an obstacle.

The microchip is embedded in the body of a slave. A human one. Who also happens to be beautiful and the woman of his dreams.

Now Nash has to decide how to get the microchip, complete the mission, and save the girl.

Ellora’s life used to be perfect.

Living on a small human colony in the outer rim was a good life until the plague wiped out her entire planet.

As the only survivor, she was sold into slavery and spent years serving others. She wants out of her dismal existence. But slaves can never escape.

But when she meets a Trekker from the Galatic Alliance, suddenly she has hope.

The two must figure out the connection between the microchip and the plague or they could lose everything. Including each other. 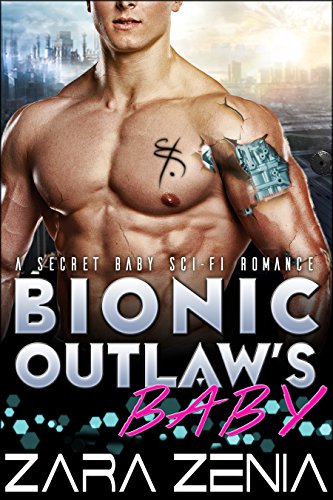 I thought that I knew it all.

Until they turned me into a machine and wanted to use me as a weapon.

I found love. But as usual, it was time for me to run.

Until she found me and told me the impossible.

That she was carrying my baby.
Dana:

He worked for my dad.

But then he got fired because I loved him. He’s the only one I’ve ever been with.

But then I found out I’m carrying his baby. He doesn’t even know yet. I need to find him.

My dad wants me to get an abortion. Who would marry a single mom? What am I going to do?
Bionic Outlaw’s Baby is a sci-fi secret baby romance novel. There is NO cheating, NO cliffhangers, and a guaranteed happy ending! 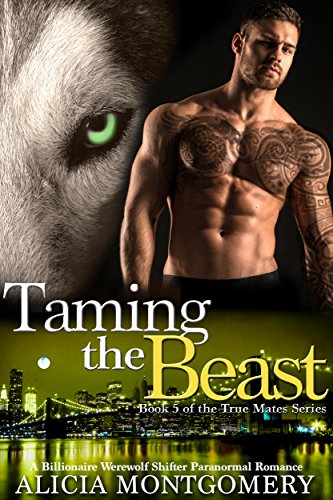 The True Mates Series continues as billionaire CEO security expert Sebastian Creed battles his inner beast while trying to keep his desire for genius scientist Dr. Jade Cross from destroying them both.

Shy and nerdy Lycan scientist Dr. Jade Cross has lived a quiet life, surrounded by her work and her research. She prefers proven facts, figures, and hard science and doesn’t want complications in her life. But her resolve seems to go out the window every time she crosses paths with the handsome and dangerous Sebastian Creed.

Since rescuing Jade from her mysterious kidnappers, Sebastian has tried hard to stay away from her. But he’s irresistibly drawn to the innocent, delicate beauty and he wants nothing more than to give in to his hunger. When Jade’s life is put in danger once again, Sebastian is tasked with keeping her safe, and he risks everything to make sure no harm comes to her.

But, Sebastian has a secret. The former Marine turned billionaire CEO is hiding a beast inside him, an animal that wants to possess Jade. He must control his desires and wrestle his inner monster or risk destroying them both.

As the evil mages and their leader Stefan, continue their war against the shifters and witches, Jade must walk the fine line between opening herself to Sebastian and preventing him from finding out about the existence of Lycans. With so many secrets between them, can they survive or will they both be caught in the crossfire?