or FREE IN KU! 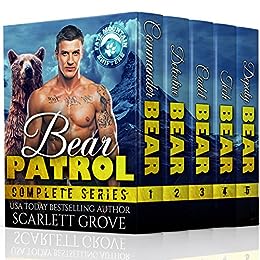 Jaguar shifter Zoe Bright knows trouble. Growing up, she was the “bad kid” who could never measure up to her bear-shifter brother Corey — and now she’s in debt to the mob. So the last thing she expects is for Corey’s matchmaking program to pair her up with Fate Mountain’s handsome, hunky chief of police!Detective Bear

Gauge Stockwell is a detective working to infiltrate a drug ring. He’s eager to find his mate, and has just gotten a match on the human-shifter mating website started by one of the shifters on Fate Mountain. But before he can meet her, he gains access to the criminal gang and has to go undercover.

Under lock and key …

Rosa Reyes’ little sister has disappeared — and no matter what the police say, Rosa knows she didn’t run away. She sets off to find her, but when the trail runs cold, instinct leads her to Fate Mountain. Uncertain of her next steps, she registers for a human-shifter dating website to pass the time, only to receive an almost-instant message from a man saying she’s his mate!

Lifelong techies Raven and Damien have been online video-game friends for years. When Damien asks Raven to sign up for a shifter-human dating website, she learns that the man she’s been crushing on all this time is her fated mate — and the cop whose database she’s been hacking in search of her long-lost mother.

When her boyfriend betrays her, Harper Brown leaves his cheating ways behind and starts a new life on Fate Mountain. Living in her grandfather’s rustic hunting cabin and working as a bank teller is a lot better than being miserable. Until her new boss turns up dead — and the man investigating her is the same one she’s been matched with by a human-shifter dating site.

Ever since serving in the military, Lion Shifter Rowan Tark has searched for a place to call home. When he steps off his motorcycle in Fate Mountain, right before Halloween, the first thing he does is sign up for the local dating website that matches male shifters with curvy human women.

His mate has collided with his life — but her past is a blank and her future is in danger. Can he save her?

Connor Milton has given up looking for his mate after years of searching. But when a woman crashes her car into a tree on his ranch not long before Christmas, he’s certain he’s finally found her. There’s one big problem–she doesn’t know who she is. 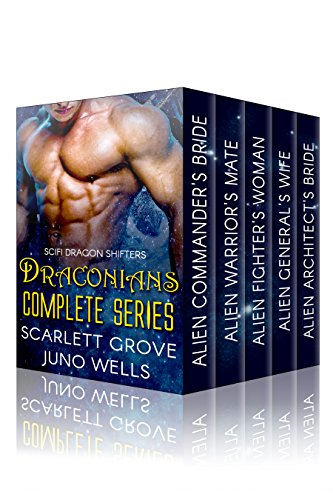 The Draconians are dragon-shifter aliens who come to Earth looking for women to replenish their DNA. Their arrival sets off a series of events that will transform human/Draconian relations–and eventually, the entire planet.

Using state-of-the-art technology, the Draconian mating lottery matches each dragon shifter with his ideal human woman. Sparks fly and tempers flare as the couples work to bridge their interpersonal and inter-species differences. Each alien and his feisty, curvy mate must also grapple with a host of other problems: forbidden dark technologies, anti-Draconian terrorists, hostile alien invasions, devastating attacks, and more.

The books win praise from readers for their humor, spice, enticing seven-foot-tall warriors, and otherworldly details. For lovers of shapeshifters, sci-fi romance, and paranormal romance, The Draconians is a feast for the imagination. 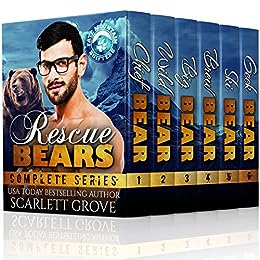 The Rescue Bears are a squad of ex-Navy SEAL bear shifters who carry out search and rescue missions on the rugged, often unforgiving terrain of Fate Mountain. With shifter males outnumbering females, they need some help from the human population if they’re going to find their fated mates.

Each Rescue Bear romance is a standalone story with no cheating and a happy-ever-after waiting at its conclusion. Now you can enjoy them all together in this special bundle!

Chief Bear — Levi Blackthorn is alpha of his bear clan and the leader of the Rescue Bears. He can’t wait to claim soft-hearted, strong-willed Juliet Hernandez as his mate — but her last relationship was hell. Levi must earn her trust before he can win her heart.

Wild Bear — Shane Keenan and Lily Mason are survivors, scarred by life inside and out. When Shane comes home after being forced to fight in a human war, Lily has shocking news about the last night they spent together. Somehow, Shane must find a way to heal his broken bear so he can become a mate to Lily … and father to Theo.

Big Bear — Burly woodworker Angus Grant can’t wait to settle down. Nerdy, introverted Poppy Robins is on the run from the mob. He’ll have to get to the bottom of his mate’s troubles — and keep her safe — if he wants to make her his.

Brew Bear — When Drew Bock and Quinn Jacobs meet at a wedding, the chemistry between them is immediate and undeniable. But Quinn was raised by shifter-hating parents, and finds her overwhelming response to Drew scary and confusing. Quinn runs away after one wild night … only to return nine months later, about to give birth. Before Drew can make a life with his new family, he’ll have to forgive his mate for how she’s treated him.

Ski Bear — Zach Rayner loves high-risk, adrenaline-rush living. Maisie Green is a pastry chef who trained in Paris and doesn’t even like to ski. Can this unlikely pair really be fated mates? They’ll both have to overcome their doubts to find out.

Geek Bear– Computer whiz Corey Bright set up the human-shifter dating site that has helped all of his fellow Rescue Bears find their mates — but his own parents’ mating was a disaster, and he has no intention of repeating their mistakes. When his crew set him up on a blind date with the woman who’s his perfect match, he’s furious.

For other amazing Scarlett Grove stories check out her Amazon page!