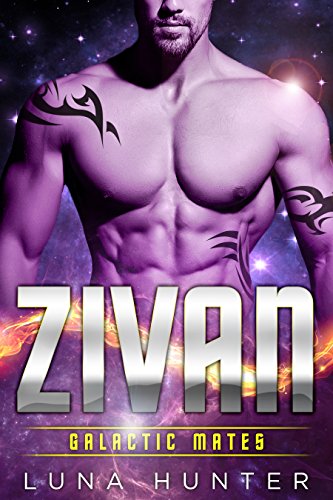 Mia Frost prides herself on her work ethic. There’s not a single detective in the entire New Atlanta Police Department who works harder than the curvy redhead. Ever since her little sister disappeared without a trace, she’s poured every waking minute into her job.

When a young girl with a striking resemblance to her lost sister disappears on an alien space station, Mia is called upon to bring her back home. She’ll do anything to save this girl’s life. Even if it means working alongside the most arrogant, cockiest Zoran she has ever met.

Zivan is an imposingly tall, broad-shouldered Zoran warrior who upholds the law on the Observer. The growly alien is instantly attracted to the human detective, but to his bewilderment she resists his every advance. This doesn’t deter the muscular cop in the slightest — he’ll do anything to make Mia his.

When they find a lead on the missing girl, they soon realize that this goes way deeper than they could have guessed. When they’re forced to run for their lives, they only have each other to rely on… 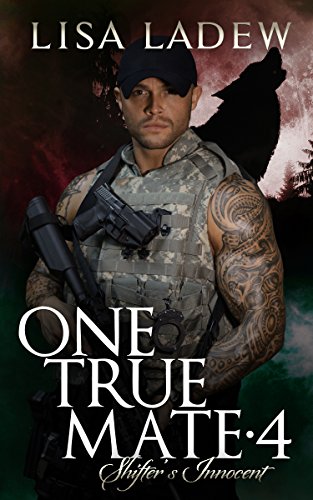 He’s hunted, she’s living a lie, and an unlikely connection dooms them both…

Beckett Oswego has lost himself in his work for years, always looking over his shoulder for the killer who stole his father and brother from him. When he isn’t working, he parties his weekends away. Work, party…party, work. Anything to keep his mind busy and off the constant pain from the past that haunts him.

Cerise Pekin has been captive for years, forced into a life of old ways and restrictions. Always planning her escape, she yearns for the day she can truly be free, but when a violent incident pushes her into the real world before she is ready, she quickly realizes that she is not prepared for survival.

When Cerise talks Beckett into helping her escape from prison, he knows she isn’t his one true mate. However, with the intensity of the connection they share, he is compelled to help her in any way he can, which sends them both straight into the clutches of a common enemy. With no help from Beckett’s pack in sight, they are forced to rely on each other… 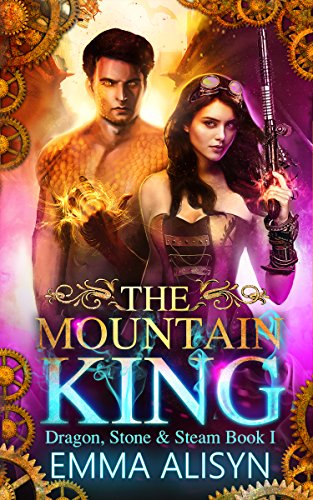 Renege on a deal with a Dragon Lord, and become part of his hoarde.

It wasn’t easy raising three girls with Fae blood in the Outlands. If Kailigh wasn’t busy chasing them out of the local taverns, she was busy teaching them to hunt, shoot and kill- to fight against flesh traffickers from the Cities, prowling town for girls to send to rich patrons.
And now, with the youngest shot and fighting for her life, Kailigh has no choice but to petition for the help of the Dragon Lord Maddugh, King of Coal and Mountain.

Only he’s no fool- he knows right away Kai isn’t quite human. And three girls of courting age? He’s not about to let them slip through his fingers when his men are wanting for mates with even a drop of magical blood. So she’ll have to strike a bargain. He’ll save her daughter’s life, and help her hunt the man responsible, but he has a price.

A price he demands Kailigh pay in flesh. 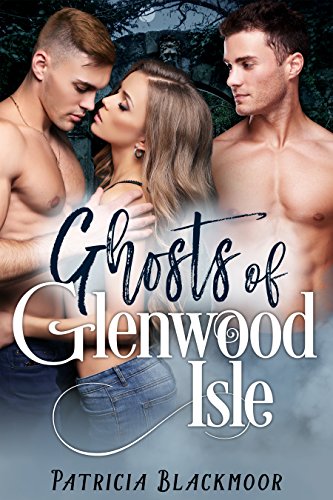 She never believed in ghosts…until she met one face to face.

Kara has been working for her parents’ house-flipping company since she graduated from college, and now she’s ready to branch out on her own and see what she can do without their supervision. The house she chooses to renovate is the abandoned Glenwood Mansion, miles from land on Glenwood Ilse. Kara partners with Charlie, a sexy contractor, and isn’t sure if she’ll be able to pull her eyes away from his body to focus on her work.

It’s not just Charlie that’s beginning to distract her. Strange things begin to happen in the house, and one night, Kara learns she is not alone. She meets Roger, the handsome and intense man who lived and died in the house. He warns her that the other spirits are dangerous, and swears to protect her.

Kara is torn between the living and the dead, but one is not all he seems. Will she be able to make the right choice before the wrong man shows his dark side? 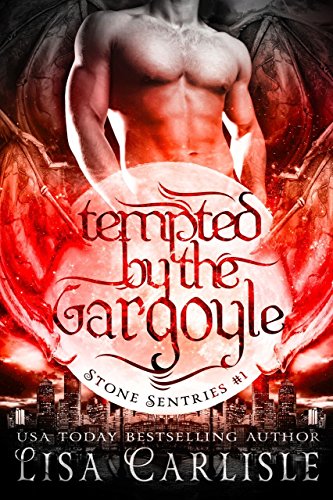 The eclipse of the red Supermoon sends crowds into Boston for an evening hyped up for a night of passion, one not to be missed. Boston police officer Larissa Riley wants nothing to do with the media-driven event, but her friend convinces her they need a night out after all they’ve gone through. They visit a new gothic-themed club where Larissa is disturbed by the attractive stranger eying her.

Roman, a gargoyle shifter and commander of the Stone Sentries, patrols from the rooftop of a club on the night of the eclipse. The Supermoon bodes danger and he puts all his sentries on watch. When a blast of dark magic soars past him, he searches for its origin and fixes on a brunette. Something about her is different, demanding all senses be on high alert. Is she dangerous? Or is she in danger?

Deciding a night with a hot stranger would be good for her, Larissa invites Roman back to her hotel, unaware he is surveilling her. The night takes a dark turn as secrets are uncovered and danger moves in. Her beloved city is under attack. Larissa must decide who to trust before all is lost, including the fate of her closest friend.