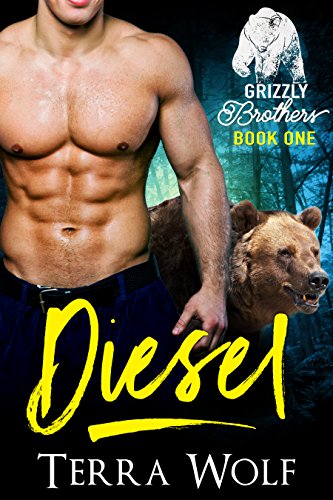 When Sadie plans a trip to visit her sister Reagan in Alaska, nothing seems to be going right.

Her car breaks down and her view of freedom is clouded by the Grizzly Bear barreling at her.

Bear shifter Diesel has always embraced his bear side more than the human. But when he sees a damsel in distress he can’t help but feel protective of her.

The problem is, she doesn’t know he’s a shifter.

Together they must decide if their time in the wilderness is just a fluke, or if it’s mate to be.

The first in a brand new series from best-selling Paranormal Romance Author Terra Wolf, the Grizzly Brothers will leave you breathless and dying for more! They all end in an HEA with NO CLIFFHANGER! 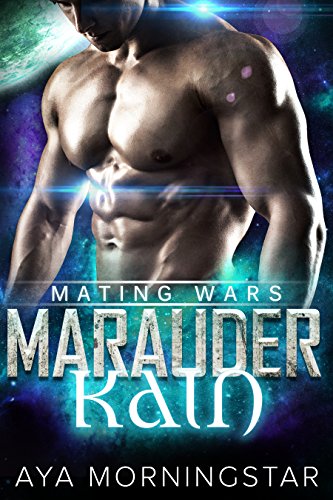 In a world of darkness, she is his only light.

When Kara’s ship gets stranded on a cold rock on the ass-end of the solar system, she knows that her chances of a knight in shining armor rescuing her are slim to none. But when a light in the sky turns out to be none other than a Marauder with shining teal armor and rippling muscles who lands and saves her, she thinks her luck is too good to be true. And it is. He’s Kain, Son of Grius, and he’s from Darkstar. It’s a barren world beyond the orbit of Pluto, and it’s the home base of Marauders who want to obliterate the human race. But before they eradicate humanity, they’re perfectly happy to take human females as slaves.

Kain Son of Grius has betrayed Darkstar and become a peacekeeper. His mission? Go back to Darkstar as an undercover agent. But on the way, a distress beacon from a stranded human ship takes him off course. It takes just one look in that human’s eyes, and his entire life goes off course. He thinks he might be able to save her, but before he can, a fully-armed ship from Darkstar approaches. He’ll have to go on with his undercover mission, and he’ll have to take his potential mate as prisoner.

If he wants her to survive, he’ll have to claim her.

Marauder Kain is the fifth standalone book in the Mating Wars series, it features steamy sex, thrilling battles, and plenty of romance. All books in this rock-hard science fiction series can be read as standalones, there are no cliffhangers, and happily ever afters are guaranteed! 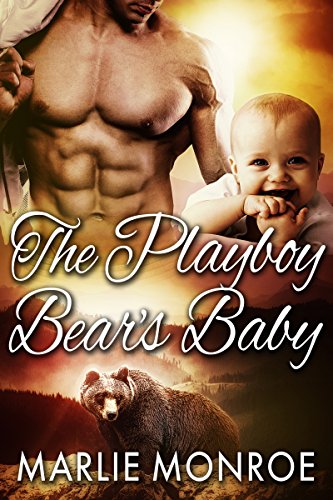 One playboy werebear, a human woman, and a surprise pregnancy… what could possibly go wrong?

Mara knew hooking up with a player like Grayson Wells was a mistake. He epitomized everything she hated about the opposite sex—from the testosterone raging through his veins to his reputation as a rich playboy. However, those qualities also made him the perfect person to distract her after the loss of her grandmother and a disastrous break up with her fiancé. Their time together was supposed to be a one time thing, until fate stepped in and thrust them back together.

After losing his family in a vicious attack by hunters when he was a teenager, grizzly shifter Grayson Wells had learned to live his life to the fullest. He doesn’t think beyond his immediate wants and needs. Hooking up with Mara was spontaneous, hotter than fire, and the end of his footloose andfancy free lifestyle. From the moment they touched, he knew Mara was the one for him—the mate he never expected to find. Convincing her to give him a shot is easier said than done, but he’s willing to fight for what he wants when it matters. Discovering Mara’s pregnant only makes him even more determined to claim her as his mate.

As the heat between them builds, a new threat arrives and endangers Mara and their unborn child. If Gray doesn’t act fast, his new family could be snatched away from him before he ever gets the chance to claim them.

The Playboy Bear’s Baby is a standalone romance with a happy ending. There is NO cliffhanger. 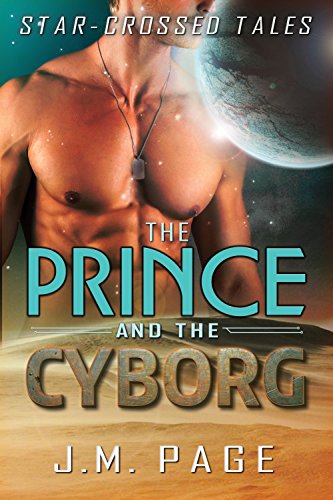 Celine Velmann’s never seen the sky. Her entire life, she’s lived in the Wastelands, where brutal dust storms that fill the sky are a way of life. She’s always dreamed of the stars that she’s only seen in pictures, but even her infallible robotic arm can’t craft the technology to get into orbit, so she’s stuck on the ground.

When she sees a ship crash, Celine’s drawn toward it like a magnet — maybe this is the chance she’s always hoped for, the chance to escape her dusty life for something more. But when the hatch opens to reveal a half-dead but handsome human, she thinks twice.

After all, her father’s warned her that humans are dangerous. That, if they could, they’d kill every last one of Celine’s kind.

Ben’s never been good at anything but flying, but in the air, he’s the best there ever was. When the King — Ben’s father — orders all flights in the city grounded, he’s left stir-crazy and starved for action. Crazy enough to steal a ship and volunteer for a desperate, doomed, last-resort mission straight into the gaping maw of the Wasteland.

A day later he wakes up in a hospital bed, broken and bruised. The only thing he can remember about the Wasteland is a beautiful woman with vivid eyes, a soothing voice… and a mechanical arm.

Everyone knows cyborgs are just a legend, something parents tell their kids about to keep them in line. But when a beautiful, familiar woman shows up in the City, Ben finds her very intriguing. Things go off the rails quickly when Ben’s city is exposed to the punishing dust and Celine realizes her family is in the crosshairs of a vengeful alien.

Can Ben and Celine overcome age-old prejudice to discover happiness together and save the planet, or will fear and suspicion get the best of them and doom them all?

The Prince and the Cyborg is 51,000 words of thrilling, page-turning, romance with strong themes of self-acceptance and adventure. This book contains NO harsh language, explicit violence, or graphic romance scenes. It is an adult romance, but is suitable for older YAs as well. I hope you enjoy! 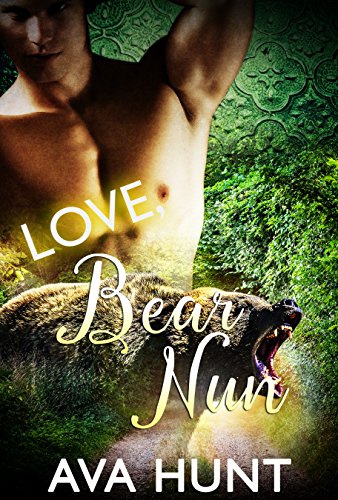 The Trauma That Never Leaves….
For Henson Phillips, everyday is a battlefield after coming home to adjust to civilian life. His old secret shifter division has been phased out by the government, and now it’s time for Henson to adjust to life in the States.

The Wall That’s Still High…
For former nun, Jacinda Liberty, freedom still feels so far away. Now a counselor assigns to acclimate veterans back into society, she’s still as reserved as she was behind the wall.

A New Beginning…
When Henson is assigned to Jacinda’s counseling service, will he find more than he ever thought possible? Will Jacinda break those last chains and find a new life with the bear shifter she’s grown to love?