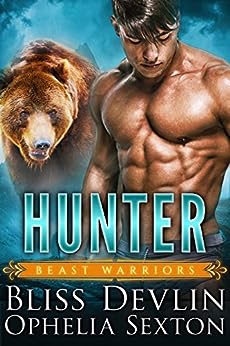 Jaguar shifter Catrina Hunter is a Beast Warrior, used by Whitepine Security Services to do its dirty work. She might be good at her job, but she hates it. And she can’t remember anything about her life before WSS.

An assignment to retrieve an AWOL scientist and his research from the small town of Elysia goes spectacularly wrong when Catrina finds herself the prisoner of a big, handsome bear shifter. The forbidden heat that flares between them soon has her questioning her mission…and her sanity.

Rancher Brett Thorfinnson is a former Beast Warrior himself, and he doesn’t believe the gorgeous shifter woman’s claim that she’s escaped from WSS. Something about her story doesn’t add up. What he is certain of is that she’s the sexiest woman he’s ever seen…and his bear insists that this curvy stranger is their fated mate.

When WSS targets one of Elysia’s human doctors, Brett must determine whether Catrina is part of the problem—or the solution. And if he decides to trust her, will his luscious cat let herself be claimed by a bear? 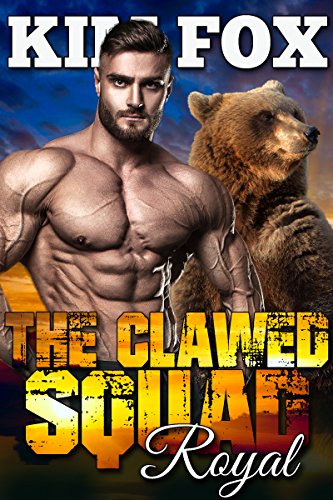 Grizzly bear shifter, Royal, needs a princess. Unfortunately the tiny mountain town of Colwood, Montana is fresh out of them. Every bear shifter in the Clawed Squad must find a mate, and soon, and the pressure on Royal to drop his dream of marrying a princess is starting to get intense. It’s too bad there’s no way in hell that he’s ever going to drop it.

Camilla Hill is a master con artist. She gets in way over her head during a con when she pretends to be a princess in need and catches the eye of a sexy bear shifter. He’s hot, dangerous, and has a thing for princesses. Can she tell him the truth before things quickly spin out of control?

Love is in the air, but so is deception, lies, and betrayal. Will the prince get his princess or just get royally screwed?

As usual, HEA, no cheating, and mature language. 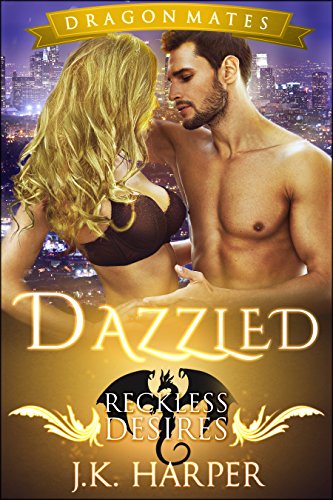 Cynical yet sexy dragon shifter Sebastian Bernal rules a modern empire of riches. Cruelly betrayed once by a woman, he no longer believes in love. His only true passion is to find his ancestors’ stolen treasures-golden objects filled with the essence of his own power. Without them, he will die. And time is running out.

Smart, practical Lacey Whitman is consumed by her demanding yet beloved job. She has no time for men. Except the one man whose smoky eyes and electrifying presence caress her dreams at night, tempt her senses by day. But Sebastian Bernal and his dark secrets will only cause inevitable heartbreak…or worse.

Yet as Lacey’s undeniable allure melts Sebastian’s defenses, everything threatens to tip out of his control. She is his mate-and she’s about to disrupt not only his bitter oath to recover his family’s legacies by whatever means necessary, but his shattered heart and fading soul. 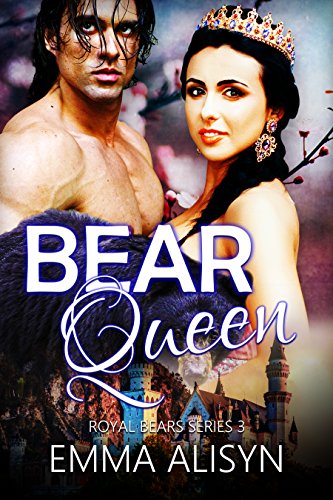 The Bear Queen has a fence around her heart. The Alpha Clan Chief has an ax to chop it down. Their enemy lurks, waiting for an opportunity to strike…

Izobelle Sahakian, a Bear Queen renown for her beauty and wit, rules Casakraine with an iron fist. She must- decades ago she almost lost her crown to a male who betrayed her. Now with two cubs raised and rulers in their own right, she struggles not to succumb to the heat of her Bear for the most unexpected male at court- a wild, undisciplined alpha male. A younger alpha male.

Malvin Dacus, Clan Chief of Talogroth, must seduce a rich bride to save Talogroth. His mission derails when a matebond sparks to life with the one female he never even considered to be within his reach.

But difficulty casts a shadow over their wary, intense courtship. Malvin must end the rebellion of his older sister before she rallies the Clans against him or has him killed. Izobelle may help- but first she has to learn to trust. Will she accept their bond before it’s too late, or will the dark side of her past destroy her final chance at happiness?