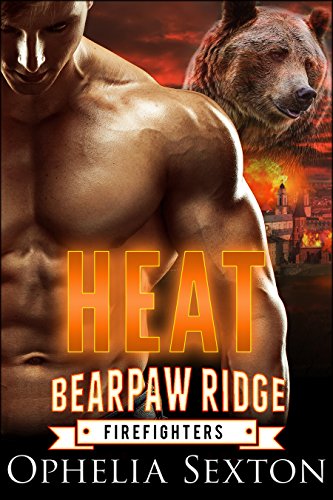 When pastry chef Annabeth Jones goes on the run from her abusive fiance, the small town of Bearpaw Ridge offers her a safe haven. Nestled at the foot of the Rocky Mountains, with friendly neighbors and a bakery/cafe that needs a new owner, it’s the perfect place for her to start over.

Heat is a novel-length steamy standalone paranormal romance with no cliffhangers. 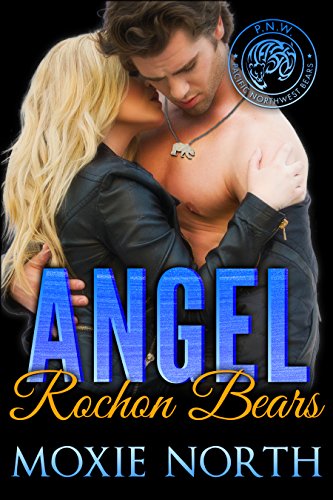 It’s one thing to find your dream. But what do you do when it changes?
A bear eager to leave the woods …

Unlike most of his family, Angel Rochon doesn’t want forestry to be his life. His real love is music. All he has to do is reach out and take hold of his dream … until the night he meets a sexy older woman at a local bar.

Becca isn’t just hot — she’s everything. Angel knows what he wants — but convincing her he’s serious is a challenge.

A woman waiting for King Charming …

Becca Kelly wants a man, not a boy. Someone who’s worked through all his youthful issues and has his act together.

Angel Rochon is impossibly sexy. Wanting him is easy … but that doesn’t mean he’s ready to be someone’s life partner.

A time to choose …

Can Angel and Becca let go of the dreams that have shaped their lives and embrace a new one together? Or are their differences too great to overcome? 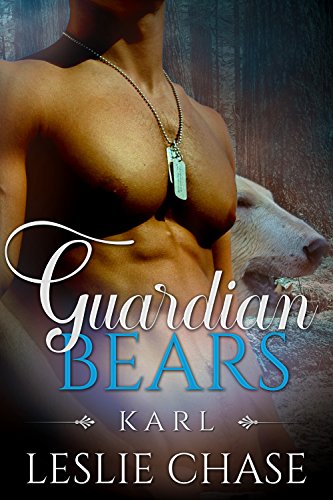 Polar bear shifter Karl Werner is on the trail of a “werewolf” — a wolf shifter who’s lost control of their animal. Since shifters who reach that point can’t be rehabilitated, his grim task is to execute whoever it is before they can expose shifters’ existence to the wider world.

The job takes him to Mayfair, a town on the edge of the desert. The climate makes his bear miserable … but when he finds his fated mate, it generates a whole different kind of heat. If only the curvy, green-eyed brunette weren’t so standoffish.

Allison Lewis has never responded to a man the way she does to Karl. The ex-Special Forces man is huge and muscled and fills her with longing — but the reason why he’s come to Mayfair chills her to the bone.

The nightmares she’s been having all point to one horrifying conclusion: that she’s the “monster” he’s hunting. How can she trust the man who’s been sent to kill her … let alone give in to the fire between them?

When Karl realizes the truth, Allison runs away — but she’s got human hunters after her. Karl has to find her before they do, and then accomplish what’s never been done: teach an out-of-control shifter how to unite with her wolf. Can he pull off the impossible … or will he be forced to destroy his mate?

***Guardian Bears: Karl is a steamy standalone, full-length bear shifter romance with a HEA, no cheating, and no cliffhangers.*** 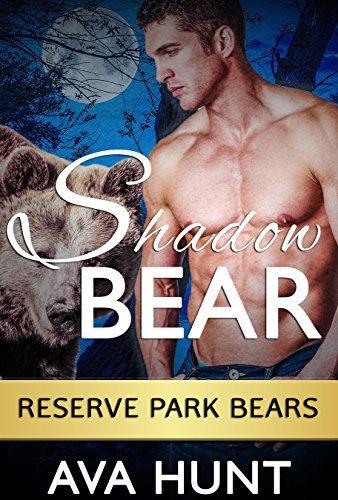 Jeneva Markham, part of the Bear Council, has just learned she is unfit to have cubs for the clan. Armed with this knowledge, she plans to join a convent.

Rayner Garcia is Jeneva’s brother’s right hand man and crucial to the Bear Council. When he hears Jeneva’s plan, he realizes how much he wants her as his own.

With all the roadblocks in their way, will Jeneva and Rayner finally come to an understanding that will keep Jeneva part of the Reserve Park Bear Council? And more importantly, will they find their happily ever after?

Sometimes the one you need is right in front of you.

Bear shifter Marco Santiago has always tried to keep his emotions separate from his job at the Portland Police Department. With almost everyone in his unit seeming to have found their mates, Marco starts to feel like he is the third wheel.

Bree Evans has always relied on her sister. But when she doesn’t hear from her for several weeks, she knows something is wrong. They’ve always been close, why the sudden silence?

Marco and Bree are thrown together on a wild goose chase, with the same goal, find Amanda Evans. But the path is dark and the nights are long. Who will they turn to when they both realize they have no one else?

STANDALONE Shifter Romance with a HEA!

Time is running out. For Dare. For Case. For Zac.

The Nox and the Tribe must unite if they are going to stop the shifter council from controlling their lives. Only, working together brings Dare closer to Case, her fated mate, and that’s the last place she wants to be.

While Zac fights to return home to the woman he loves, the queen of the panthers fights her own battle alongside the jaguar king.

Sparks fly. Bonds strengthen. Instinct intensifies. And the definition of true love is tested beyond measure.

On the run for a year after her whole unicorn shifter family was massacred, Samantha had found safety and comfort working for elderly shop owner Frank. But when he is murdered by the same people who killed her family, Samantha is on the run again.

But Frank had been more than he appeared, and with his direction, she finds safety once more, but not for long. With help from unexpected places—including ancient lore, Frank’s family, some family heirlooms, and sexy lion shifter Leo—Samantha discovers that there is more to her family’s deaths than had originally appeared. Thrust into a destiny she doesn’t want, Samantha and Leo fight for their lives and the survival of shifters everywhere.

An island to himself, will loner bear-shifter Ryker open his heart to a woman on the run from her abusive spouse?

A loner by nature, Ryker needs a day to himself to allow his inner bear out. So, he hikes up to Emerald Lake.

Charlene never meant to be in trouble, but for whatever reason, trouble has a bad habit of finding her. She’s running from a monster. A monster who has made a habit of beating her nearly every week since they got married and she’s had enough. She’s on the run and leaving her soon to be ex-husband behind. For good.

Will they be able to overcome their challenges and embrace the love that’s destined to be theirs?

Click the image above to get SIDELINED for FREE with Kindle Unlimited with a FREE Bonus Novel!

When ex-Special Forces soldier Jake Flint spots a child who is the exact double of his own son, he knows it can’t be a coincidence. No doubt. No arguments. The child is his.

Sally Elliot is raising her bear-shifter son in secret. His father is dead and she has to keep her son safe. When a ghost from her past walks back into her life, it takes all her resolve to keep from falling for him again. When he shows her a photograph of his son, her world flies apart.

Unwilling to rekindle their passion, Jake and Sally are thrown together to protect the two boys from an evil that will wreck their young lives.

But even behind the security of Drifa Castle, they are not safe.

From the shifter who wants what he believes belongs to him.

Taking on their tormentor will be the only way to safeguard all they love.

The grizzly bear shifters in Timber Falls are bad news…
As alpha of a crew with haunted pasts, Hunt Blackburn has only 1 rule: No Mates Allowed. But he’s been so busy denying his own secret mating call for so long, the pressure of resisting is making his entire crew miserable. They argue more, fight more, and the town of Timber Falls has had enough. When a bar fight leaves Hunt’s crew on the hook for damages and possible assault, Hunt knows he has to step up and fix what’s broken. Unfortunately, it’s not going to be as simple as a few screws and nails. Not after Hunt meets the bar owner, Patrice Monroe, a cute, curvy brunette with a past of her own.

Patrice thought she’d left a life of violence behind when she moved to Timber Falls. She has secrets and her safety requires that she keep them. Lay low. Don’t stand out. So when an anti-shifter activist comes poking around, intent on running shifters out of town, Patrice knows she can’t risk being discovered now. But when Hunt begins breaking down her walls, all Patrice wants is to tell the truth to someone who gets it.

Will Hunt break his own rule for Patrice or will he love her and leave her in order to keep her—and all her secrets—safe?

This stand-alone bear shifter novel has a HEA with NO cliffhanger!

I thought fated mates were bullsh*t, until I saw her.

I’ve been chasing after fate. Now that I’ve found her, I’ve got to keep my naughty paws off her. This wouldn’t be a problem except she’s too damn irresistible, and more importantly, my new stepsister.

They sent me away to Shifter Behavioral Camp, tried to tame me, but no one can tame me or my bear. Now I’m back home and I’m already being threatened with being taken away again.

I know I don’t belong here with the normies. But then where do I belong?

The only thing I’m sure about is that Addie has turned my world upside down. I didn’t trust myself before, and I certainly don’t trust myself now that we’ll be sharing the same walls…

Once Cam arrives, maybe the pressure will be off me to get a normal career. I can study photography like I’ve always dreamed. While Cam does end up taking the heat, there’s an even bigger problem.

Cam struts into my room without a shirt, like one of the posters on my wall come to life. He’s got a spectacular talent of getting under my skin…and getting me hot and bothered.

The more he talks to me, the less I understand him.

He might be a jerk with an awesome body, but he’s got a secret. One I intend on finding out.