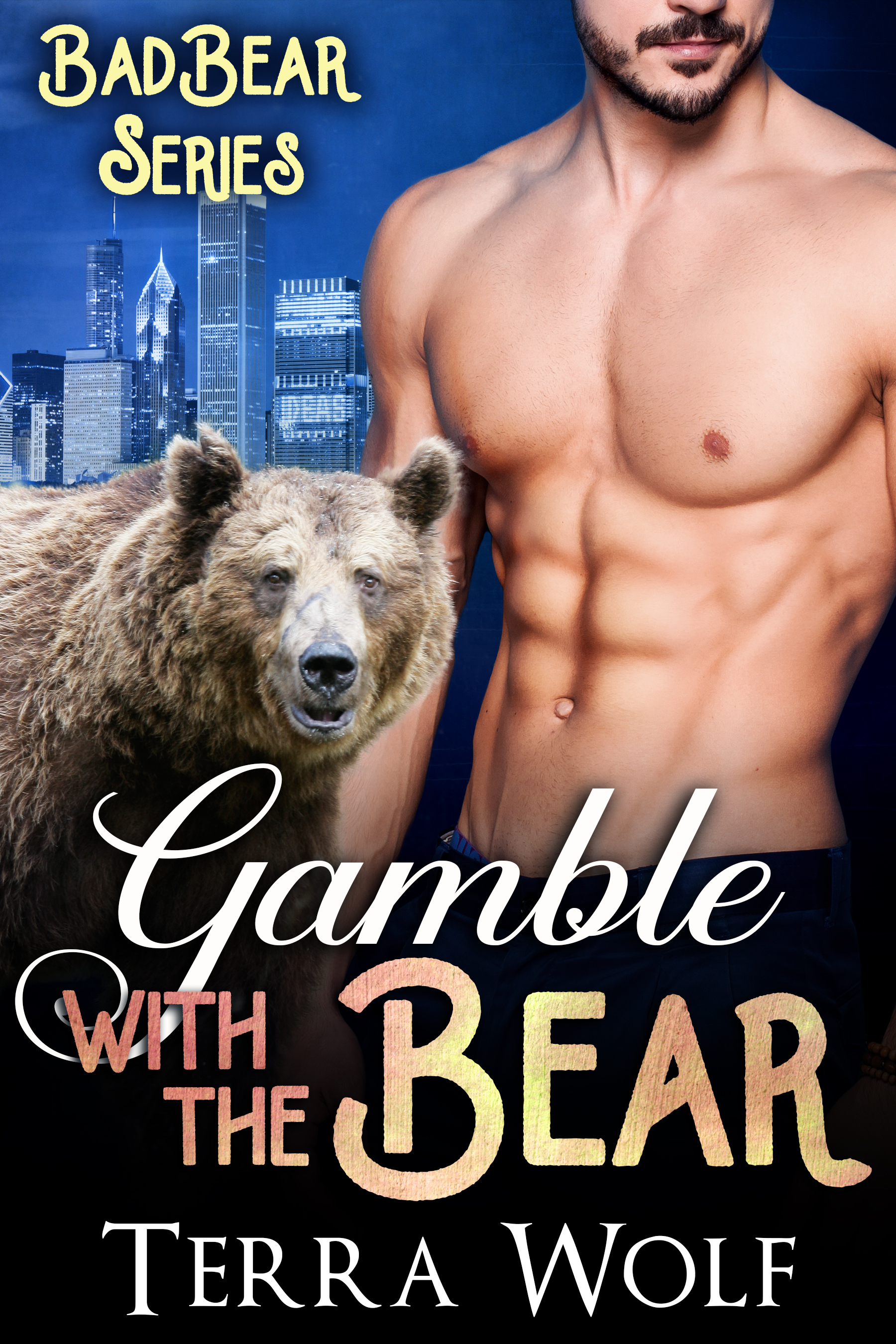 When it comes to love, winner takes all.

In one day, math genius Roxie Luvito ran away from everything she knew. She needed to, it was the only way to survive. But now she’s finding that striking out on her own, away from the streets and the gangs, might be harder than she imagined.

When a friend offers her a job at a hotel, she thinks she’s finally made it. But when he asks her to use her math skills to count cards she realizes this might be just as dangerous as the world she just escaped.

Bear shifter Kole Winchester has a dark past. An ugly relationship with his father has turned him away from the people he cares about most. Trouble is catching up with him, as are his debts. His only way out is the dark curvy beauty who is winning all money at the table.

But falling in love wasn’t something either of them bet on.

Zoe Stewart didn’t plan to end up in the woods after she emptied her corrupt boss’s bank accounts, but the small town of Bear Creek is the only safe place for her to hide from his minions. Except Bear Creek isn’t connected to anything and she might die without fast wifi, even with the handsome brooding lumberjack to look after her. After a walk in the woods goes badly wrong, Zoe discovers her protector is more than he seems.

Simon Crawford just wants to run tourists into the backwoods of the Cascades on boutique hunting and fishing trips. When his old battle buddy asks him to look after Zoe for a short time, Simon reluctantly agrees — and discovers his bear wants her as much as Zoe wants to leave.

When a car accident leaves Zoe on the verge of death, Simon saves her the only way he knows: gives her his blood and changes her into a bear. Just as her bear recognizes his and their happily ever after seems just around the corner, Zoe’s corrupt boss hunts them both down and threatens to destroy everything Simon has built in Bear Creek. Will Simon’s bear hands be enough to save them both, or will their happily ever after end before it even begins?

Adelaide- Spencer has always had a natural talent for songwriting. She find herself humming a tune, then running around the house like a chicken with it’s head cut off looking for a pen and scrap of paper. Receipts, index cards and magazines: nothing was safe from her scribbles. But these were songs she wrote for herself, not for anyone else. So when her Grandma sent her song to the Konstantine Talent Agency without her knowledge, Addison flipped her lid. Would these strangers even accept her, given her family secret?

Mark Saint knows talent when he sees it. His Grandfather used to say “There ain’t no fakin’ talent,”. On stage he plays the same bass fiddle his grandfather did and is always looking for the best songs for he and his brothers to record. So he drove across the state to the dilapidated house in the middle of nowhere to meet the woman who wrote this special song. When he first laid eyes on her, he knew she’d be his mate.

I married Summer to save her life, and then I was forced to break her heart.
I’m back in town, and I’m never letting her go again.

She’s the woman who changed me.

She’s my wife, and she’s going to have my baby
He told me he’d always protect me. Then he disappeared without a trace.

Jonathan Ash is not the kind of man you marry.

Me and Ash? We were done three years ago.

But Ash is waving around a marriage certificate that proves otherwise.

He says he deserves a chance.

He says he wants me to have our baby.

And he’s not signing any f*cking divorce papers.

Amazon Affiliate links may be included in this post.
Advertisement